Badia Berardenga is located between the Chianti Classico and the Chianti Colli Senese, a few kilometers far from Siena. It’s surrounded by woods and boundless landscapes. The tower dates back to the 12th century. From this dense field our products have the intense and elegant character that distinguishes them. The commercial area of almost 1000 hectares, is for the cultivation of vineyards and olive groves.

Our main activity is the wine-making. The cultivation of vineyards takes place within two main COOPERATIVES (Chianti and Chianti Classico). All the production comes from plants consisting of n.4115 plants divided into two types: red grapes of Sangiovese and white grapes of Malvasia and Trebbiano. The result is a wine produced in purity with Sangiovese grapes, aged in oak barrels and tonneaux. As far as Chianti Classico is concerned, aging in wood lasts from 2 to 5 years, followed by aging in bottles at least 2 months before being marketed. Chianti has the same process but with smaller times. Annual production amounts to 76500 liters of Chianti Classico and 150000 liters of Chianti. The gradation of a Chianti Classico range from 13.5° to 14°, while those of a Chianti range from 13° to 13.5°.

The olive groves, made up of 5,000 plants, are almost entirely made up of so called ‘rediscovery plants’, plants that had previously dried up – after the 1985 frost – and then they turned to feet.

With regard to arable land, the company establishes a dedicated plan each year. 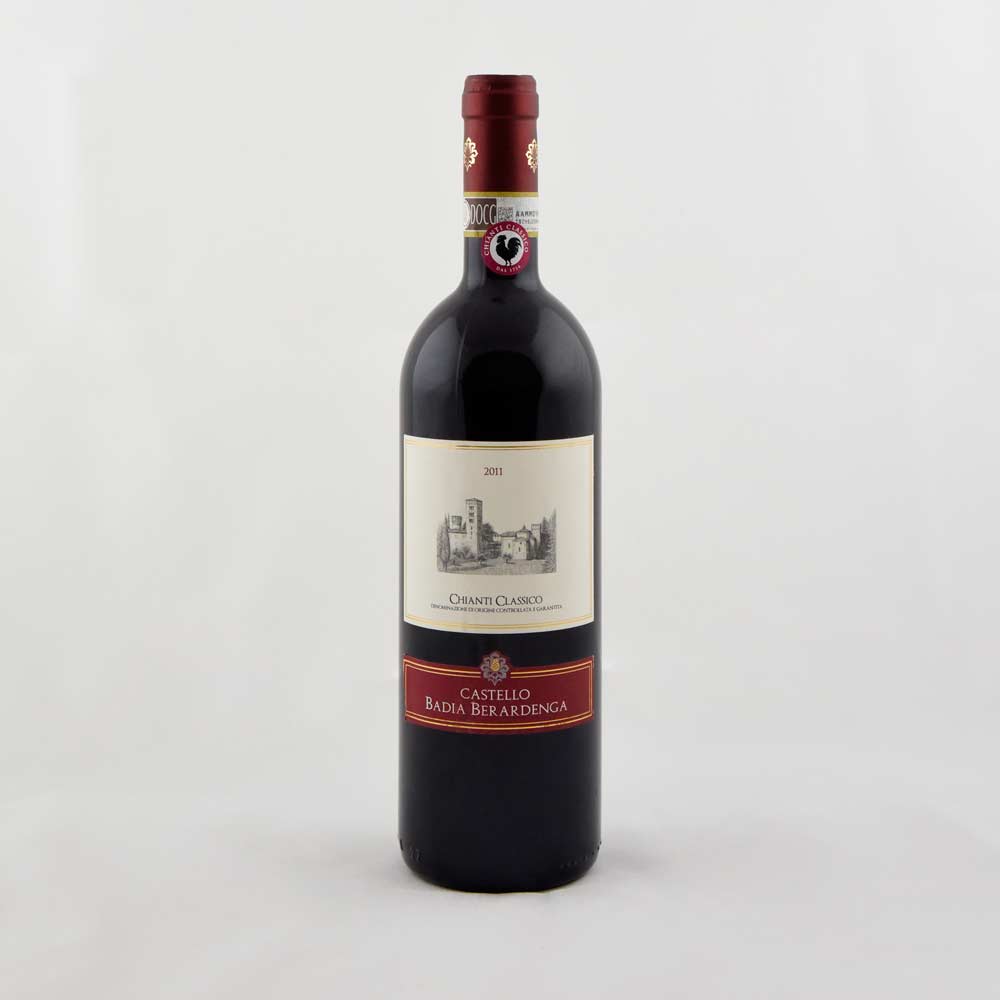 Chianti Classico Castello Badia Berardenga, produced by Sangiovese grapes, grow in the vineyards near the enchanting and evocative Castle that gives its name to the wines of its company and is our most valuable wine. 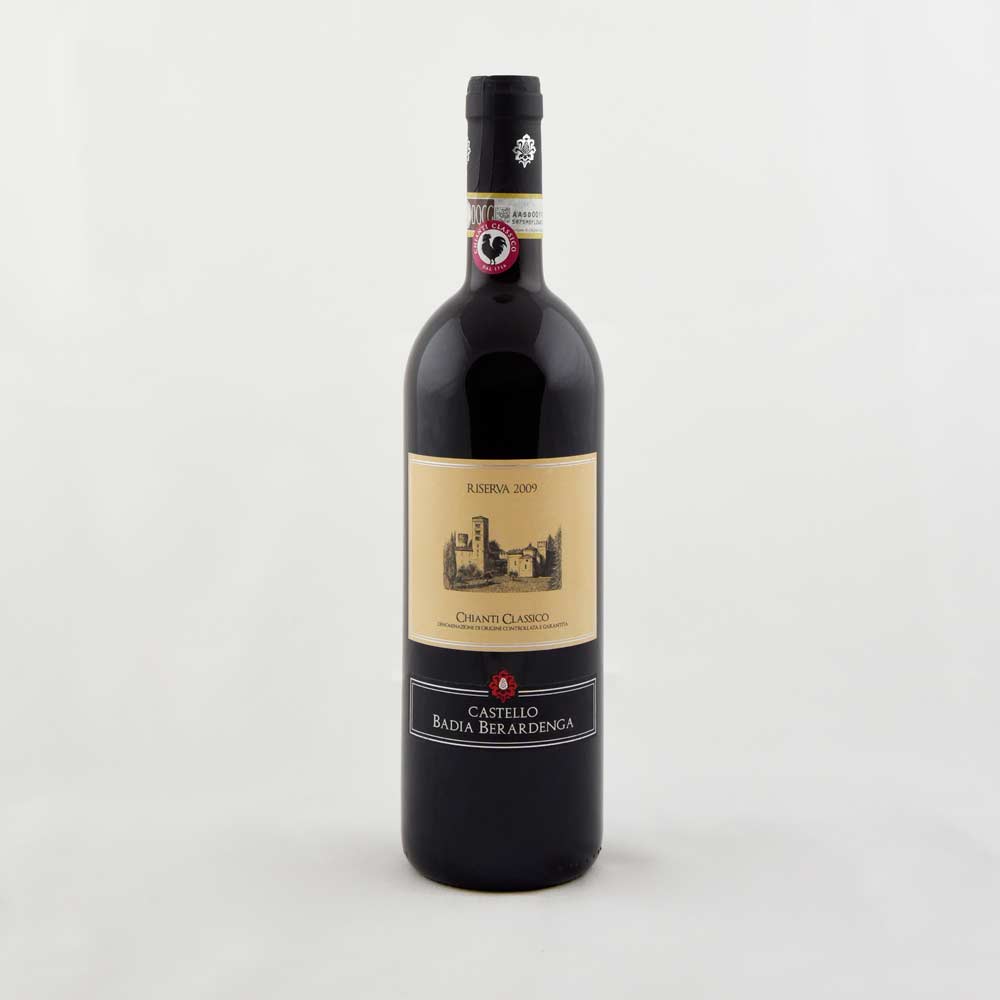 Chianti Riserva  Castello Badia Berardenga, made by Sangiovese grapes cultivated in the vineyards near the enchanting and evocative Castle that gives its name to the wines of its company and is our most valuable wine. 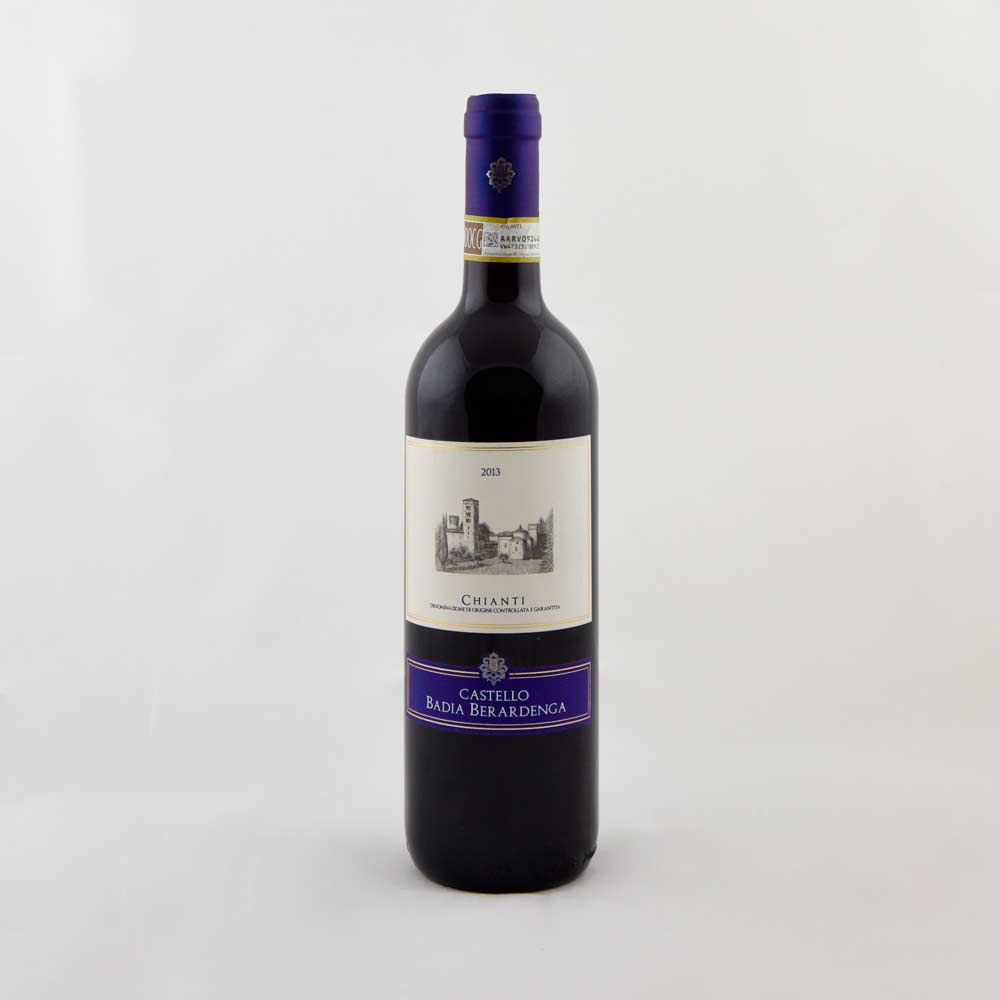 Chianti produced by Sangiovese grapes, grown in the vineyards near the enchanting and suggestive Castle that gives its name to the wines of its company. It is our most classic wine. 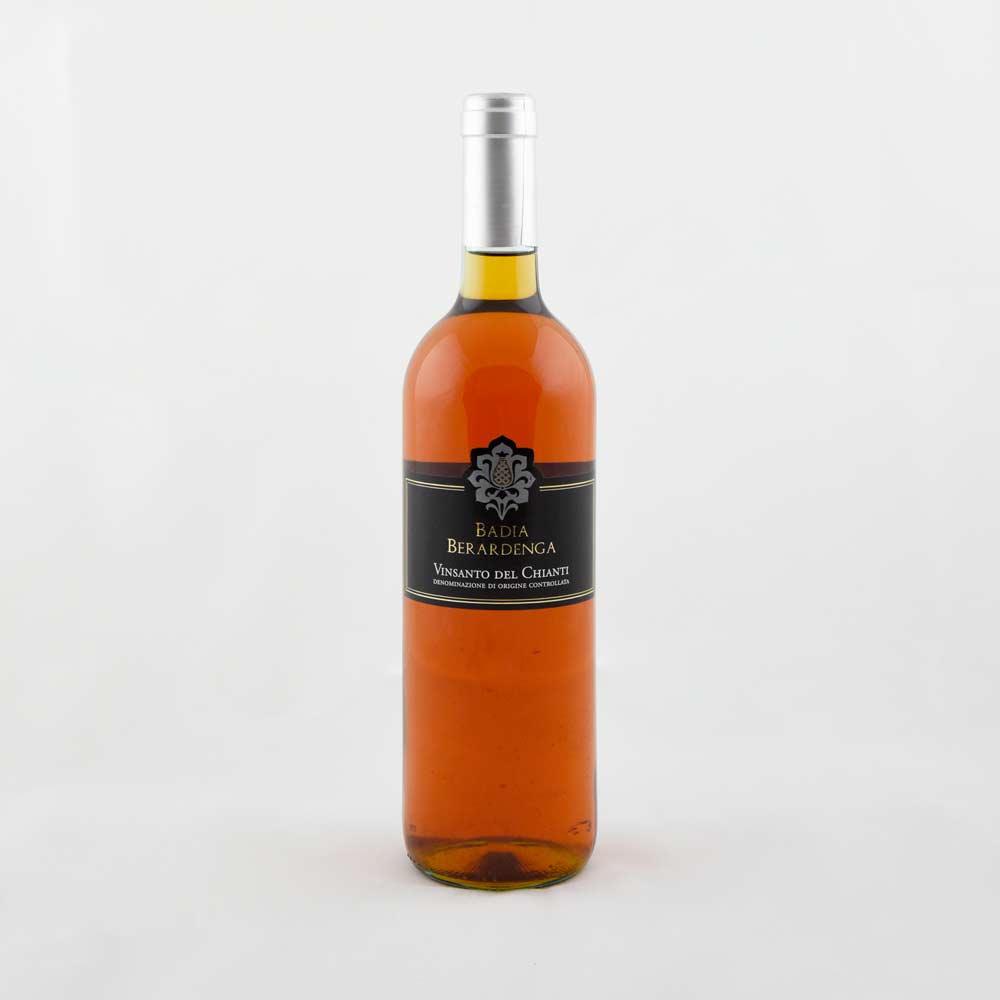 The Vinsanto Classico Castello Badia Berardenga is made from white Malvasia and Trebbiano grapes. It comes from our vineyards, withered, squeezed and preserved using traditional methods. This process gives us an unique product. 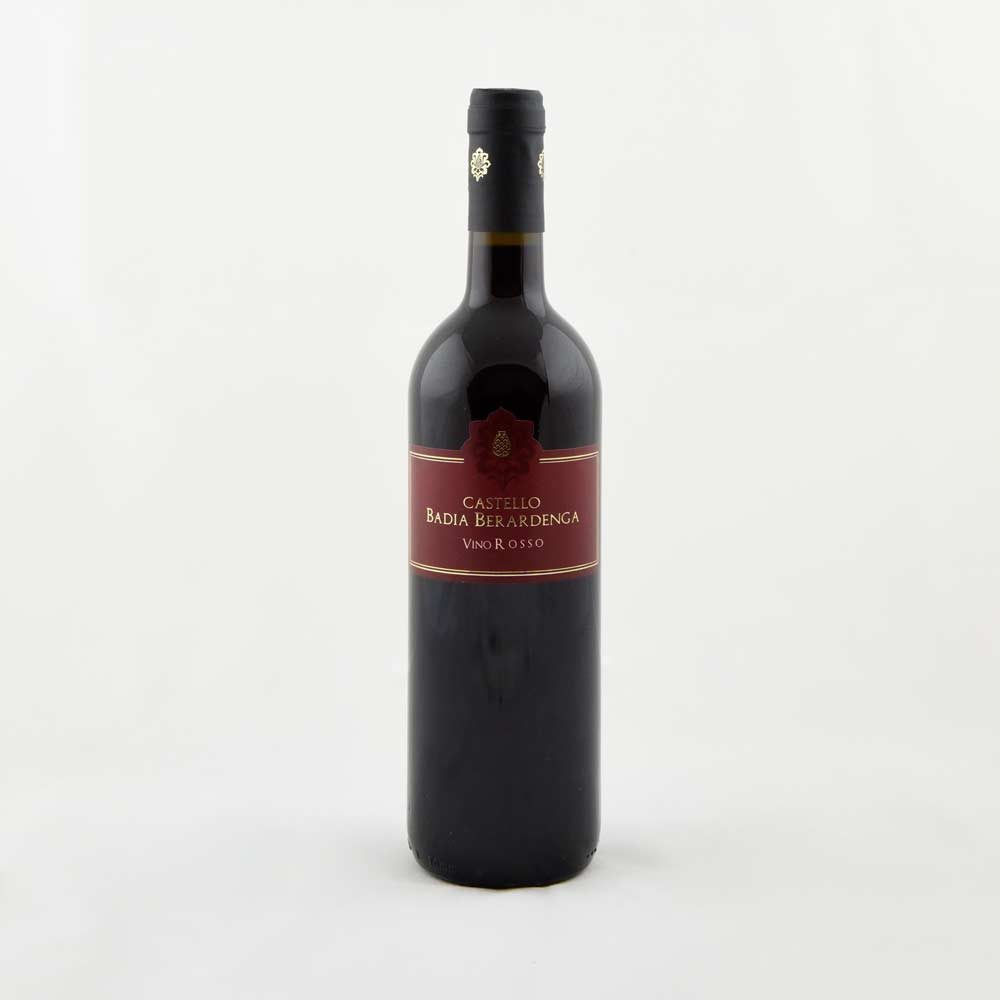 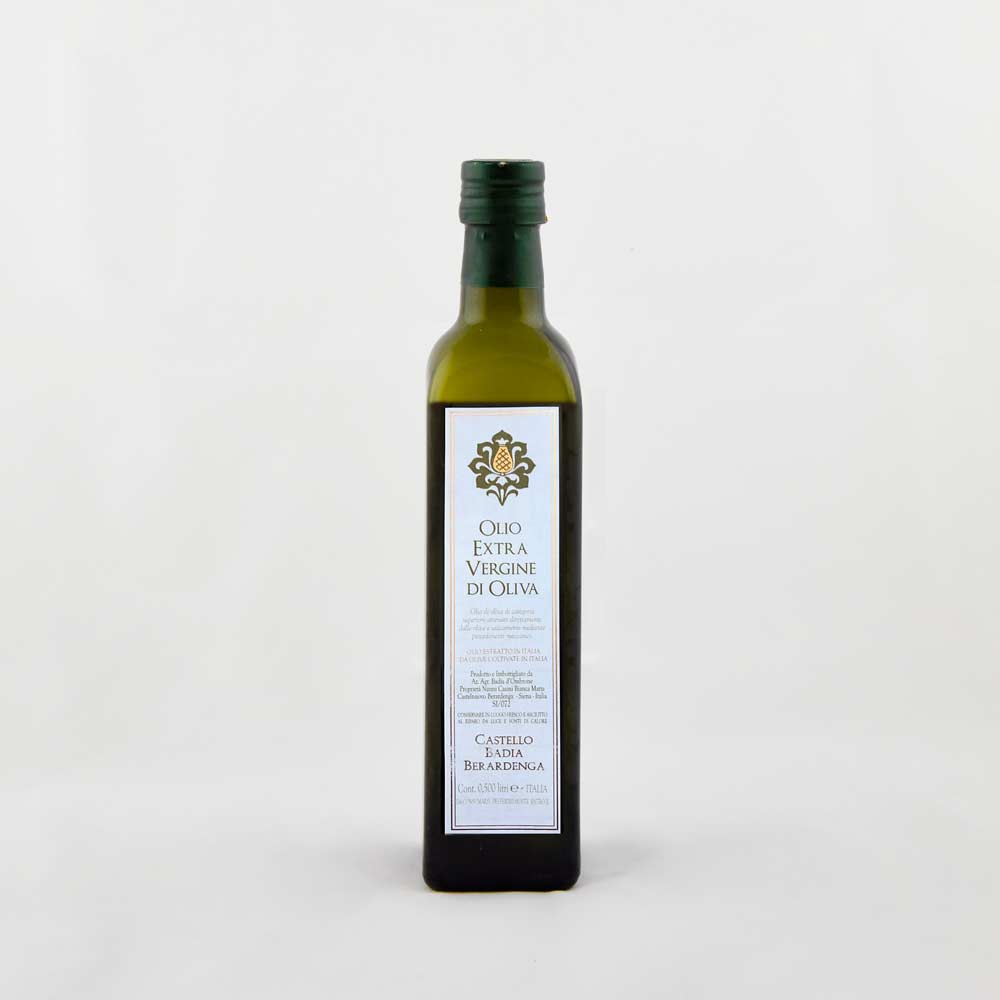 The oil produced by the company, thanks to its position and the soils with skeleton conformation and clayey silt, has the characteristic of having an intense herbaceous scent, a bright green color and a high polyphenol content. Olive groves are composed of crusher, moraiolo and leccino plants. The olives harvested are pressed within 24 hours to avoid starting anomalous fermentation processes. The working process is cold defined, because during the working cycle the temperatures are constantly monitored to prevent it from being denatured. The product obtained from the milling is stored in special steel containers: the temperature is constantly controlled, then it is periodically decanted to maintain its organoleptic characteristics.